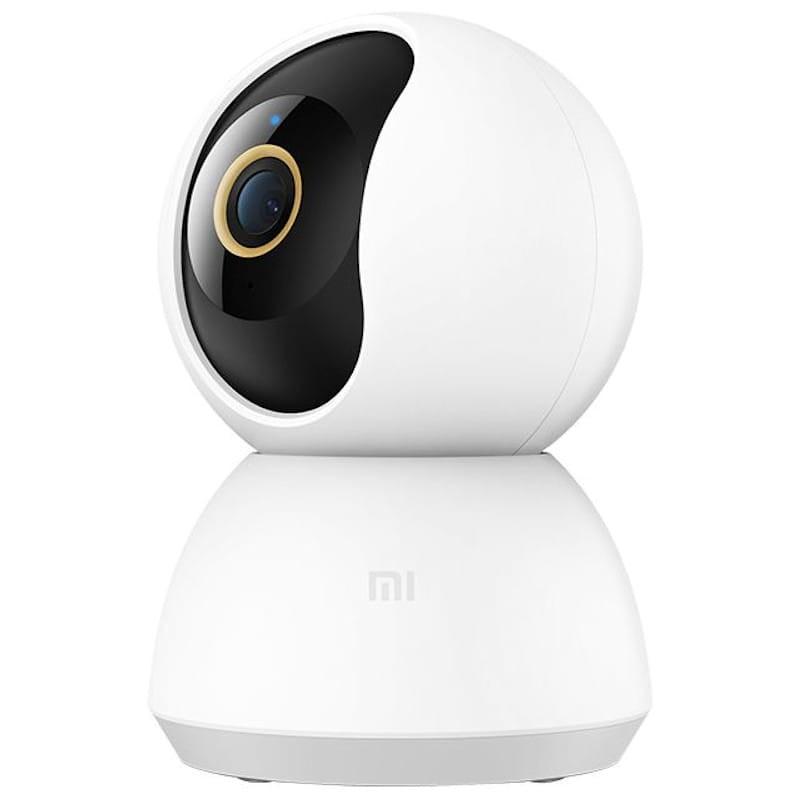 Extremely cheap, the Mi Home Security Camera 360° 2K has a lot of features for the price. It’s the motorised pan and tilt that really stand out, letting this camera take in a full 360-degree view of a room. Motion detection is a little weak and there are better security cameras out there, making this a better choice for manual monitoring.

Most security cameras are locked in position, forever staring at the same location. I’ve seen a few more pan and tilt cameras recently that let you move the field of view. The Mi Home Security Camera 360° is another budget model, capable of a full 360-degree view.

Motion control is quite basic and, once again, this camera has no ‘home’ position so you have to remember to focus it manually on the area that you’re interested in. Despite shooting 2K resolution videos, the end results are a little soft and I’ve seen better 1080p cameras.

With its smooth white plastic body, the bulbous Mi Home Security Camera 360° looks quite neat. It can be installed on a bookshelf, although there’s also a screw-in ceiling mount for this one.

As you can move the lens horizontally and vertically in the app, you don’t have to be quite as thoughtful about where you place this camera compared to a regular security camera, as you can also adjust the view later. This is similar to the Nooie Cam 360.

Move the lens up inside its housing and you get access to the Micro SD card slot. There’s none provided, but you can install up to 32GB.

Once installed and powered on using the provided USB port, you can connect the camera to your home network. Control of the Mi Home Security Camera 360° is via the Xiaomi Home app, which is home for the company’s other smart products. It also used to be the default app for Roborock robot vacuum cleaners before that company moved to its own app.

Once in the app, you can tap the camera’s thumbnail to jump to the live view. This gives you a large on-screen cursor that you can use to move the camera around: it can take in a full 360-degrees horizontally and 108-degrees vertically. That’s enough to move around and view an entire room.

There’s no option to set a home position, so the Mi Home Security Camera 360° will point at the area that you last moved it to. That’s a shame, as it’s possible that you can move the camera away from an area of key interest, such as a door and miss an event in the future. 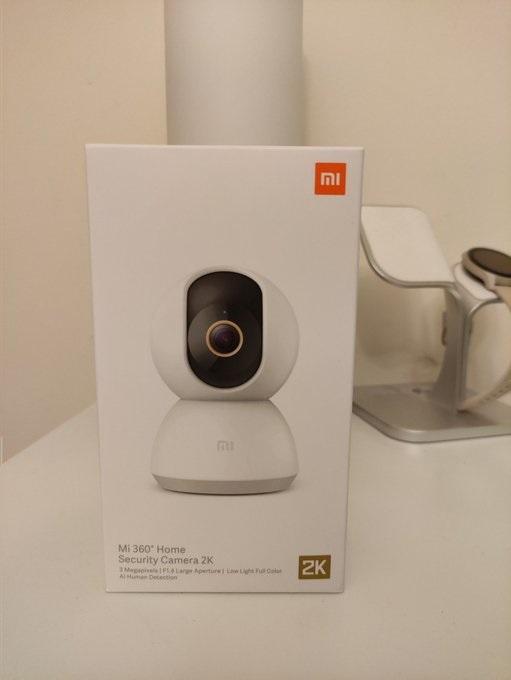 From the live-view screen, you can use the two-way talk. As the camera has a surprisingly loud speaker, anyone that you want to talk to will be able to hear you clearly.

As this is a security camera, configuring motion detection and recording is important. There are no activity zones with this camera, and you can only control motion sensitivity across the entire field of view. There are two options for this: High and Low.

Without activity zones, I got quite a lot of alerts: more than I’d normally expect. Of course, as the camera doesn’t have a home position, activity zones wouldn’t be that useful: every time the camera moves, the activity zone would be pointing somewhere else.

To reduce the number of alerts that you get, you can set when you want to be notified about motion. The default option is 24-hours, but there’s also Daytime (between 8am and 8pm) or Night-time (between 8pm and 8am). If these don’t suit you, you can set a custom schedule. You can also use the app to set a schedule for when the camera is turned on and off.

To further reduce the number of notifications that you get, you can change the Alarm interval. The default means that after the first alert you have to wait five minutes until you get another one. You can also change the alarm interval to three, 10 or 30 minutes.

As well as motion detection, the camera has AI to detect when a baby is crying, using its microphone. That turns it into more of a baby monitor than a security camera.

Any event is recorded to the camera’s onboard storage, provided you’ve inserted a memory card. There is an option for recording video to a NAS. The camera found my NAS on the network but refused to connect to it.

When you dive into the playback section, you get a basic timeline that you can scroll back through. Although you can jump to a specific date, getting to a set time is quite fiddly. You can’t download video from here, either, and have to start a recording to capture the bit you’re interested in.

Tap All playback videos and you get a simple thumbnail view of all of your clips, sorted into individual days, with a date picker running across the top. Thumbnails have times rounded to the hour underneath them; tap one and you get a list of clips that were recorded during that hour. There’s often a lot of them, particularly if the Mi Home Security Camera 360° is placed in a busy area.

Here, at least, you can select a clip and download it directly to your phone. Quite why you can’t do this from the timeline I don’t understand.

Shooting at a resolution of 2304 x 1296, I was expecting the Mi Home Security Camera 360° to shoot some quite amazing video. The actual results left me a little disappointed, as high compression seems to remove detail from the video.

During the day, the video is well exposed, but detail (particularly into the background of the picture) isn’t very good. Moving objects, such as people, tend to look a little blurred. You can generally make out individuals and see what’s going on but the Arlo Pro 4, which has a similar resolution, shoots much better video.

At night, the camera turns on its IR lights to light up the night. This usually results in softer video, and certainly does here. Given that the base video was a little basic, the night-time shots are even softer, with even less detail available.

The results are fine, particularly given the price, but I was hoping for more given the high resolution. In comparison, a decent 1080p camera, such as the Nest Cam (indoor, wired), shoots better video overall.

Should you buy it?

If you just want to monitor your home and see what’s going on inside, then this camera does that and lets you look around a room.

If you’re looking for higher-quality video, more advanced motion detection or a camera that can record to the cloud, then look elsewhere.

Considering it has motorised pan and tilt, and a 2K sensor, the Mi Home Security Camera 360° has a low price. If you’re more after a camera for looking at what’s going on in your home, rather than a full security camera with more advanced motion detection, then this model does a decent enough job.

However, if you do want a security camera with advanced motion detection and better quality video, then my guide to the best indoor security cameras can help you find the right model for you.

News, competitions and exclusive offers direct to your inbox.Terms and conditions

Unlike other sites, we test every security camera we review thoroughly over an extended period of time. We use industry standard tests to compare features properly. We’ll always tell you what we find. We never, ever, accept money to review a product.

Find out more about how we test in our ethics policy.

Used as our main security camera for the review period

We test compatibility with the main smart systems (HomeKit, Alexa, Google Assistant, SmartThings, IFTTT and more) to see how easy each camera is to automate.

We take samples during the day and night to see how clear each camera’s video is.

What’s the difference between the standard Mi Home Security Camera 360° and this 2K version?

Resolution: the regular version shoots at 1920 x 1080, this one has a higher resolution.

Where is video recorded to on the Mi Home Security Camera 360° 2K?

How do you change what the Mi Home Security Camera 360° 2K is looking at?

Using the app you can rotate the camera or point it up or down.