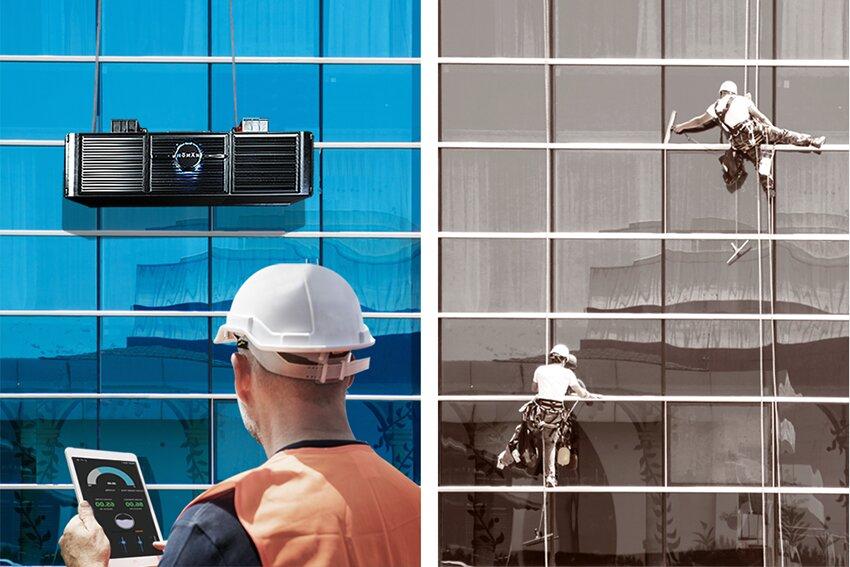 A new robotic window and building façade cleaner currently being developed has the potential to be three times faster, safer, and more efficient than current methods, according to its co-inventors.SFU postdoctoral researcher Hossein Kamali and co-founder Mohammad Dabiri hope their robotic window cleaner will increase efficiency and eliminate risk of injuries and fatalities that come with traditional high-rise window cleaning –which has been carried out the same way for decades.

The idea emerged after Mohammad Dabiri, co-founder of Autonopia, witnessed a window cleaner tragically fall from the 10th floor of a Malaysian high-rise.

“At that point in time, a man lost his life just so the windows are cleaner for a few weeks, which is a very unfair trade,” says Dabiri. “I was thinking, well, there is no good reason why we can’t use robots instead.” 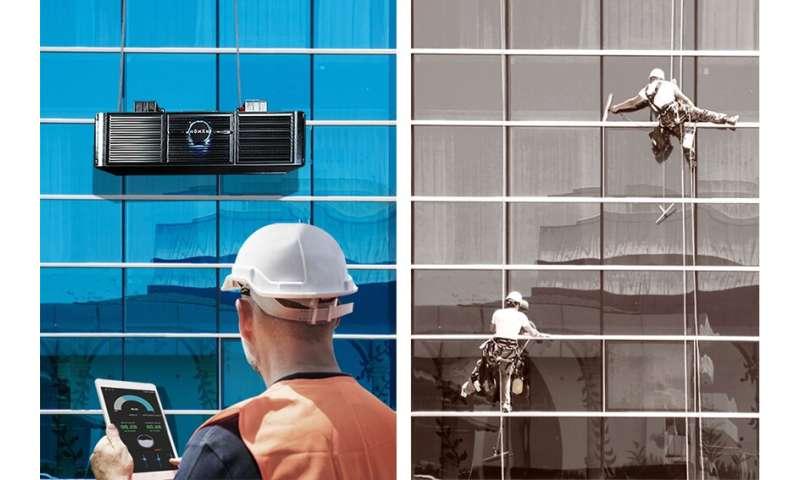 According to Kamali, window washing can bedangerous, inefficient and unsustainable. “Many window cleaning contractors have told us that they can’t find the necessary work force for their building – the job is very physical, demanding, and not so many people want to do that,” he says.

With Vancouver’s diverse architecture such as the Marine Building, with complicated facades and windows, the robotic window cleaner is also capable of covering all different types of buildings.

“Our robotic solution mimics the behaviour of a human worker,” says Kamali. “Our customers need something that covers more than 90 per cent of different high-rises. If the solution can cover only a seemingly simple building, it will not be a very comprehensive, good, solution. So we designed our robot to cover any type of building.”

The patent-pending machine is designed to withstand wind and cold temperatures, with the aim of being more self-sufficient and less dependent on the operator. Kamali is hoping to have the first pilot test take place in early 2022. The robot will debut in Vancouver and Toronto and then, if all goes well, Autonopia plans to continue to expand accordingly.