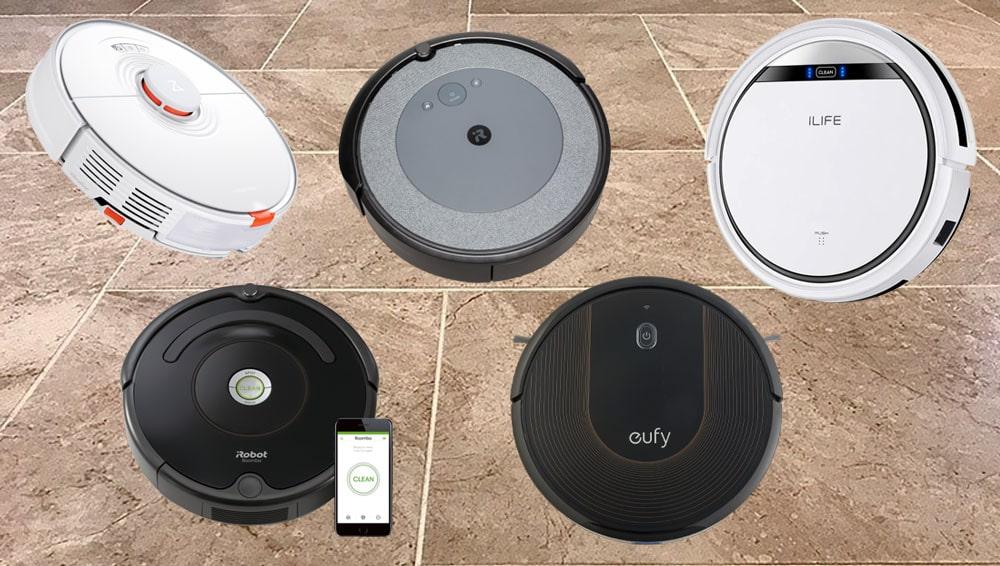 Floor Type: We recently moved and have hardwood floors, but our last apartment was carpeted. It works just as well on both, but vacuuming on hard floors is pretty loud. We also have two large dogs who shed constantly, so I generally run the vac once a day, while I’m out walking said dogs (they’re terrified of vacuums, big and small, so being able to do that lessens the stress levels for everyone involved).

About the brand: We specifically chose the i7 model because it’s supposed to be iRobot’s best vacuum for pet owners. That’s because it has power-lifting suction, a high-efficiency filter, and AllergenLock bags meant to trap pollen, dust mites, and other allergens, so they don’t escape back into the air. And along with Amazon Alexa or Google Assistant connectivity, another cool feature is the iRobot Genius, an app for the robot that helps it detect and suggest clean zones. 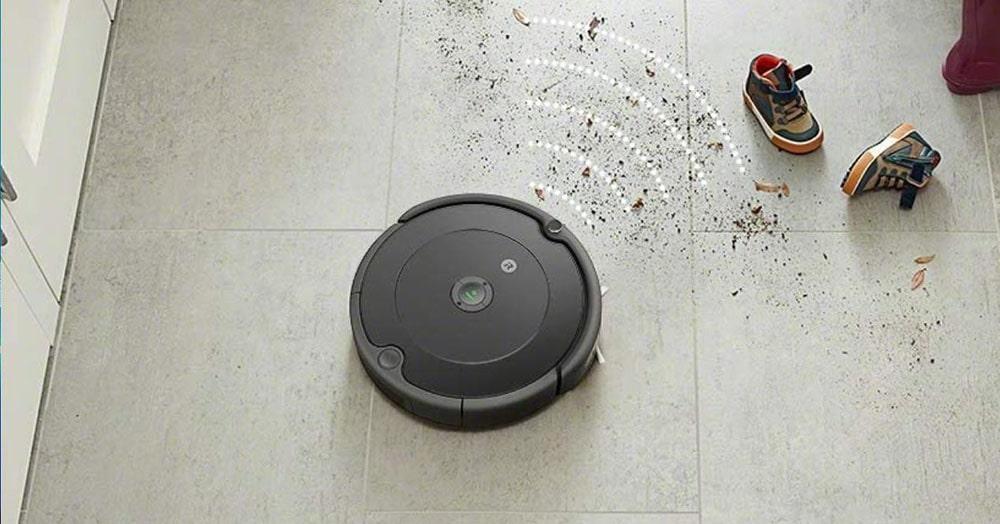 Setting up: Setup only took a few minutes and instructions were easy to follow.

My experience: The Roomba is very easy to use and control, all you have to do is push a button and it goes (it usually does a couple laps and is able to navigate around obstacles well). It even does a good job mapping out the space—when we moved it, it realized it immediately and made a new floor plan. The i7 is also “self-sufficient,” meaning when the robot is full, it returns to the docking station to empty. The bag is supposed to hold 60 days of dirt, dust, and hair, but we usually fill the bag once a month (again, we have two extra large dogs, so we’re likely not the average user). My only complaint is the bag isn’t reusable, so you have to order more frequently, which isn’t particularly green, especially considering the opening is made of plastic.

It looked very sleek when we first got it, but after a year it’s looking a bit beat up. There is a gap between the floor and the bottom cupboards in our kitchen and bathroom, and the vacuum is taller than the gap, so it keeps getting scratched on the edge of the cupboards. It definitely gets the dirt and hair from under the cupboard, though, so I guess some dings and dents are worth not having to clean those areas myself. And for the most part, it cleans just as well as our standard vacuum. The only time it doesn’t is when we’ve gone too long between vacuuming sessions and there’s too much dog hair. In that scenario, it tends to get jammed, though if we’d been more proactive, it wouldn’t be an issue.

The bottom line: It’s crazy how noticeably cleaner the floors are whenever I’ve programmed the Roomba to clean while I’m out walking the dogs. We’ve been using this vacuum for about a year and I’m never going back, 100% would recommend it. Particularly if you’re kind of lazy, have multiple animals, or are trying to save a few minutes wherever you can.

Tags:  what is the best robot vacuum cleaner for pet hair